Vitamin K2 and the Plant-Based Diet: What You Need to Know

K is a pretty important vitamin that doesn’t get the same attention as some of the vitamins that fall earlier in the alphabet.

Vitamin K2 works on activating as many as 17 proteins in the body that keep various systems functioning properly -- including ensuring bone regrowth and cardiovascular health by keeping arteries clear from calcium.

It is becoming clear that Vitamin K2 in particular is critical for aging healthily.

Vitamin K2 is one of the lesser known essential vitamins people often forget. But when crafting the Complement Plus formula, it was a vitamin we knew we couldn’t leave out.

In this post Dr. Joel Kahn, one of the world’s top cardiologists and plant-based expert, shares why Vitamin K2 is so important for your health.

Vitamin A, B, C…all the way to K? Indeed, there is a Vitamin K, even though we skip F-J -- and K is a pretty important vitamin that doesn’t get the same attention as some of the vitamins that fall earlier in the alphabet.

But, if you’re interested in staying healthy as you age, Vitamin K might just become one of your favorites. Vitamin K is made up of several fat-soluble vitamins that come together to form Vitamin K1 (a single molecule) and Vitamin K2 (made of up several molecules).

Research into the health benefits of Vitamin K is a hot topic that you may want to consider for your optimal wellness.

What does it do?

One of the important functions of this vitamin can be found right there in the name: The K comes from the German version of coagulation or clotting of blood (like EKG vs. ECG). So, as you might imagine, Vitamin K1 helps keep our blood clotting work properly. It is the vitamin that inhibits warfarin, which was used first as rat poison and then for decades as a the powerful blood thinner in patients.

While K1 is busy doing that, Vitamin K2 works on activating as many as 17 proteins in the body that keep various systems functioning properly - including ensuring bone regrowth and cardiovascular health by keeping arteries clear from calcium. This action of Vitamin K2 is particularly beneficial, as calcified arteries are a sign of aging we want to avoid.

"One of the important functions of this vitamin can be found right there in the name: The K comes from the German version of coagulation or clotting of blood."

Where do you get it?

Vitamin K1 can be found in plants and algae, and K2 is microbial (which makes it difficult to obtain through diet alone.

The Western diet has been shown to be lacking in Vitamin K2, which is why supplementing becomes important. Luckily, there are dietary supplements that we can take advantage of:

It has been shown that natural MK-7 is more effective than both Vitamin K1 and MK-4. If you’re trying to get as much as you can from dieting, you should know that it’s easiest to find Vitamin K2 in animal products (meat, dairy, eggs, cheese, and yogurt).

As a plant-based individual, it’s nice to know, however, that the richest source of Vitamin K2 is plant-based, though not something we see a lot of in the Western diet. Natto, a traditional Japanese dish, supplies an incredible amount of Vitamin K2 as MK-7. This has been proposed as a mechanism for the traditionally low heart disease rates in Japanese populations.

Why is it so important?

The largest body of research has focused on Vitamin K2’s beneficial influence on bone and cardiovascular health.

In another study, the Rotterdam Study, over 4,800 subjects reported their dietary intake of MK-7 and were followed over 10 years. The higher the MK-7 intake, the lower the rates of heart and all deaths observed.

Calcification of the aorta, the major blood vessel in the body, was lower in those with higher intake of MK-7. Overall the Rotterdam Study supports the notion that Vitamin K2 may be critical for healthy aging.

Are you getting enough K2?

There are many ongoing studies of this fascinating vitamin, and it is becoming clear that Vitamin K2 in particular is critical for aging healthily.

I do routinely recommend this vitamin in my heart clinic. Current daily recommendations for K vitamins are based exclusively on Vitamin K1, even though K2 (even taken at very low doses) has so many health benefits.

To be sure you’re getting enough K2 on a plant based diet, consider supplementing or add natto to your diet. Your body will thank you as you age gracefully. 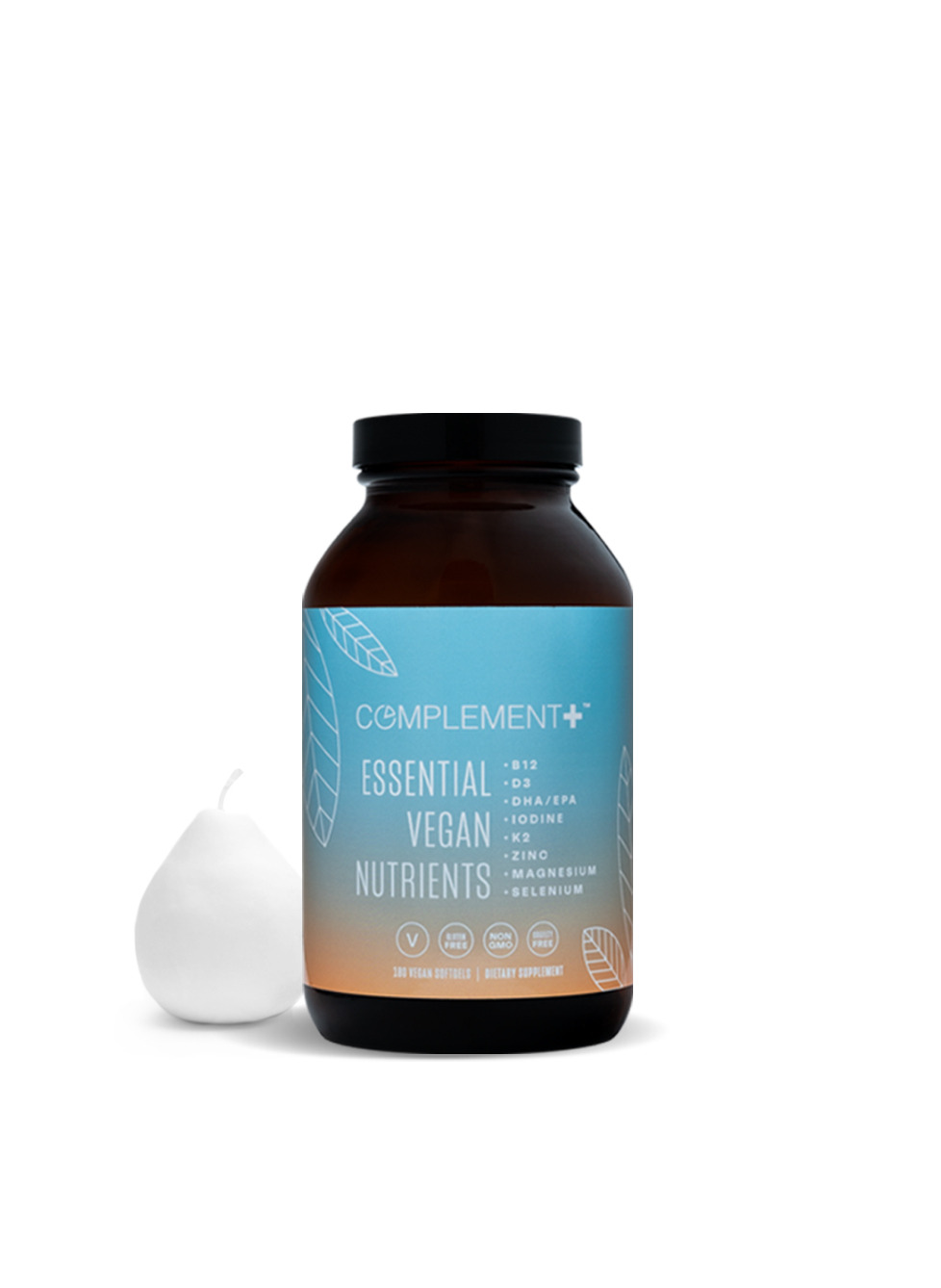 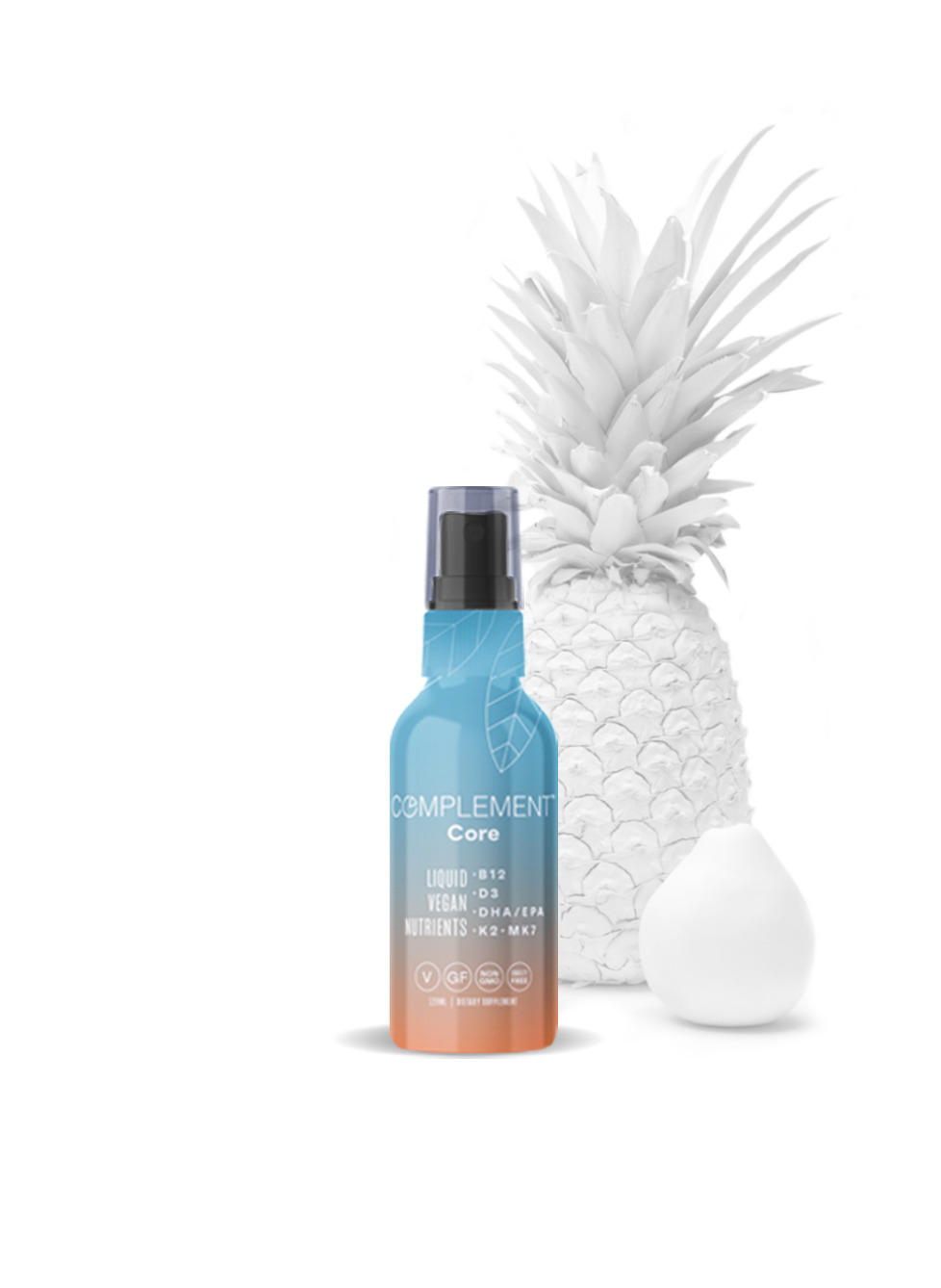 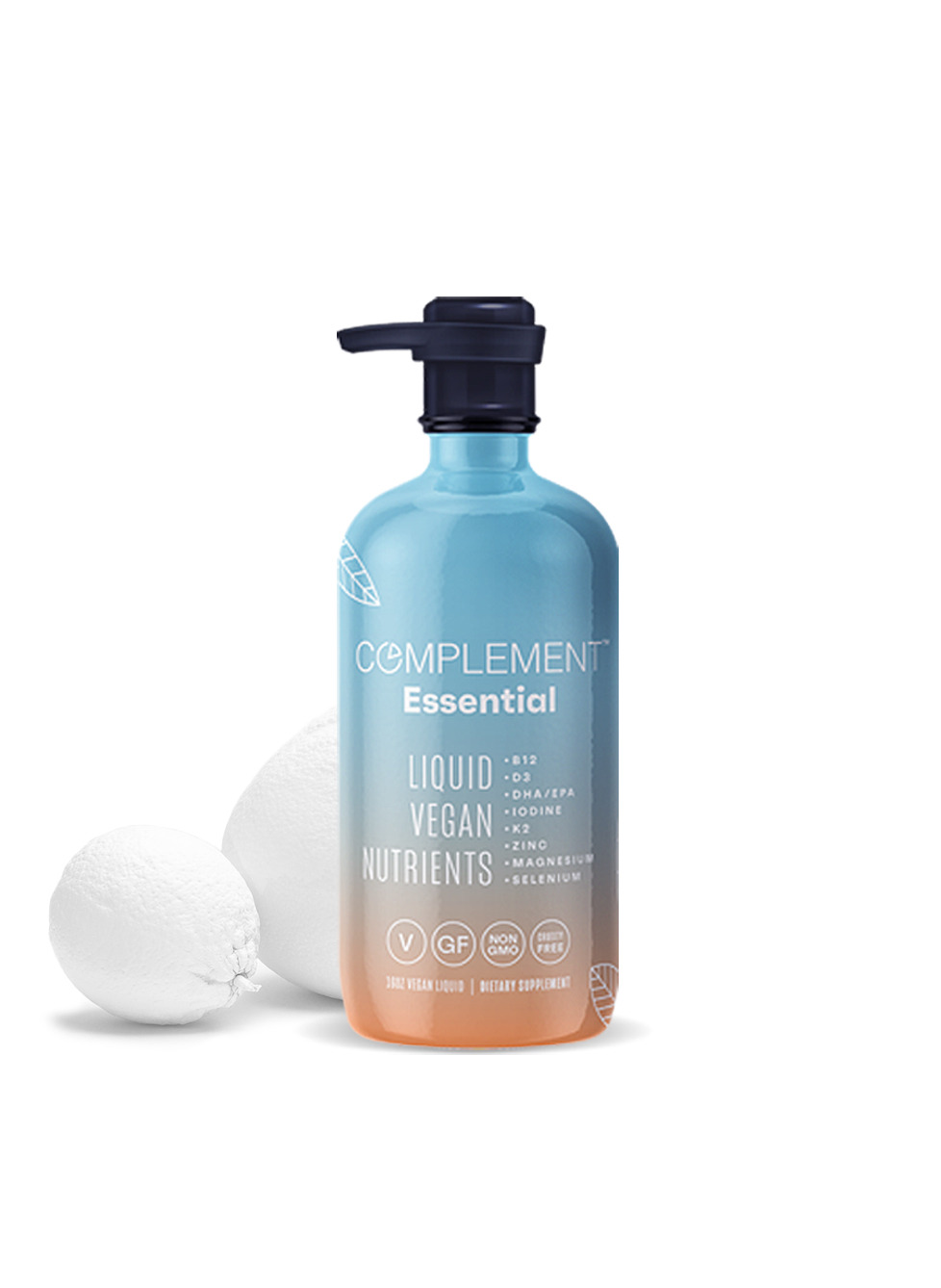 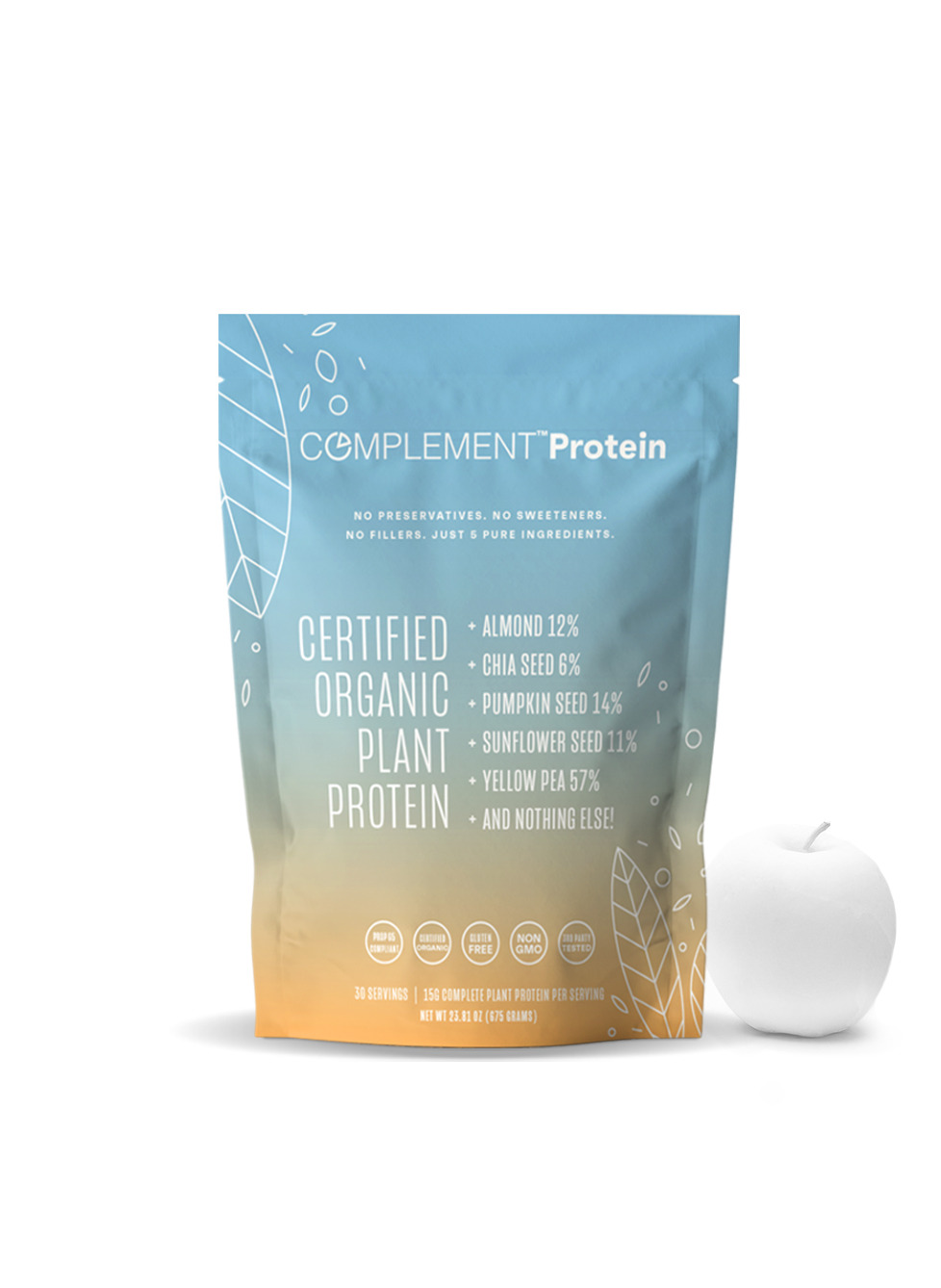 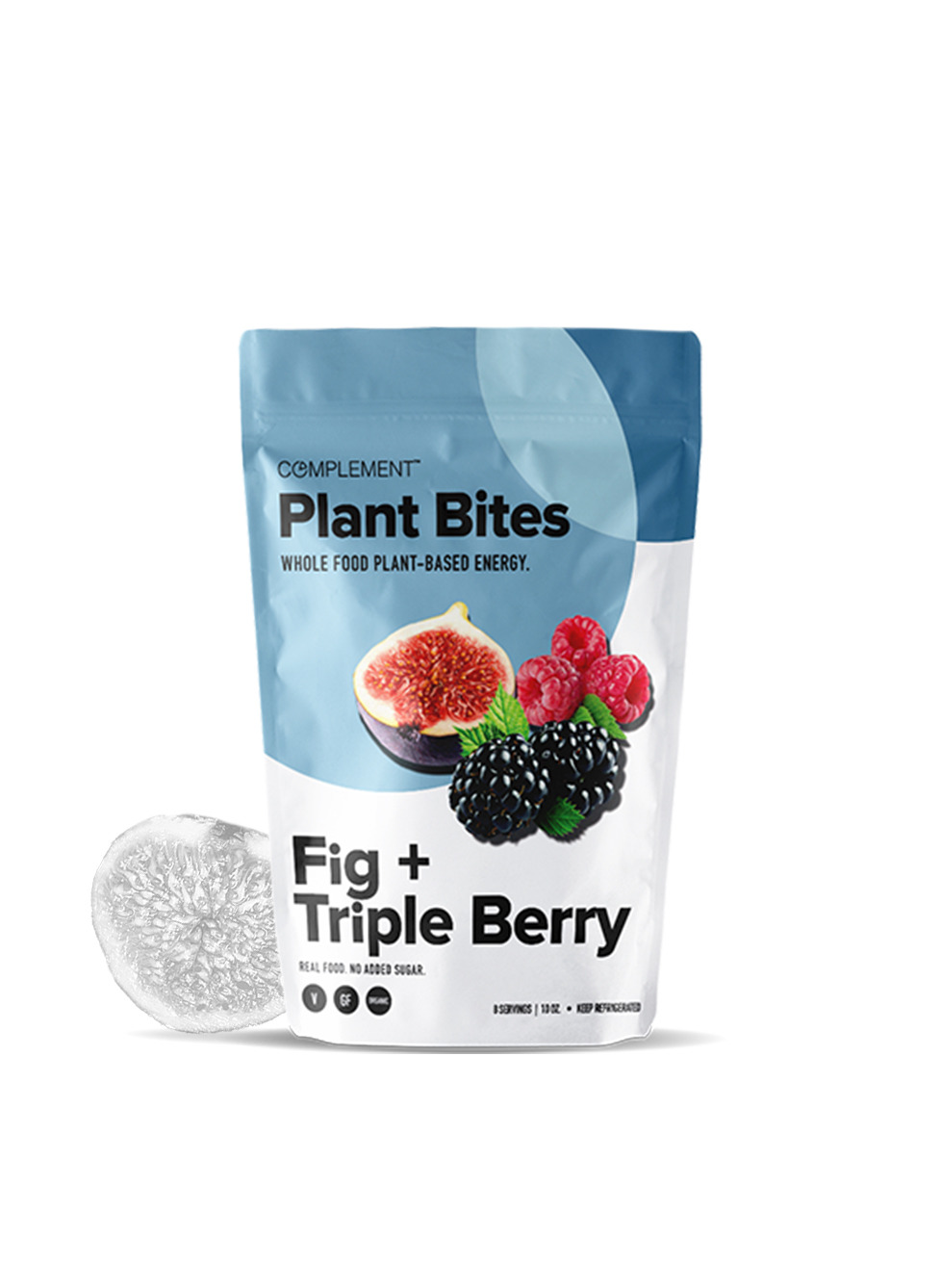 I think Complement is working for me. The vitamins in it along with a couple of other selections I have chosen to incorporate into my daily life appear to be working for me. I feel healthy and alive. I don't like the idea of needing doctors or hospitals so I am trying hard to do things to keep me healthy and taking Complement is one of my choices.

I have been using this product for over a year now and I love it. It is part of my daily routine. No aftertaste and as a vegan it covers some of the harder to get vitamins so I don’t have to think about getting them in my diet.

I feel so much more calm. These vitamins must have some essential vitamin that I was not getting before or was not aborbing enough of (as my previous multi was so where near this quality). I would say my experience probably is not typical, as I was likely suffering some sort of vitamin deficiency. However, I would highly recommend these, since I have been using them for eleven days and already notice a difference. Thank you!

The vitamins are a perfect blend. They work really well on my husband and me. After eating vegan for about a half year, we both started feeling tired all the time. Since we're taking these vitamins we are feeling much better. Customer service is excellent! They respond very quick and if there is a problem it will be taken care of immediately.

I was buying multiple supplements as a distance runner and smegan (sometimes vegan). I still felt worn out most days. I’ve been taking Complement along with a single joint supplement for a week and feel great. Even during this time of social distancing, I’ve been running, cooking, cleaning, training my dogs, laundry is always done - I haven’t felt this good in ages. I love the energy and clean ingredients. I also appreciate not having to take so many pills to get the same nutrients. I highly recommend this supplement!

Complement Essential Vegan Multivitamin Capsules
Nicole W.
05/11/2020
My family and I feel better than EVER!

My family and I have been taking Complement vitamins now for three months. As a mother of a busy teen and a business owners it’s hard to make sure we are getting everything we needs in the food we eat. These vitamins are a perfect “Complement” to our busy lives and crazy schedules.
Plus, now more than ever it’s so important to build a strong immune system and energy to get us through these hard times. Thank you for creating a vitamin to do just that!

Exactly what I need and nothing else. Complement tastes great in smoothies, or in a bowl of oatmeal. We haven't tried baking with it yet, but that's next on our list. I ran out early last month (I get it on a regular subscription) and I felt off for a few days. I could tell my body missed it.

Blends well, not chalky, no weird taste or aftertaste. As a frontline nurse practitioner in the COVID-19 pandemic, it can be hard to put my nutrition and hydration first. The PPE has to stay on which means no snacking. A quart of green smoothie with Complement protein before work and I can make it through the whole shift without stopping. Never intended it for this use but I’m now using it everyday instead of just heavy workout days. You can’t stop making this.

I really appreciate this is just protein powder with no additives. I also love that the bag is compostable. All the previous protein powder I've purchased come in big plastic jugs.

First off this is a great company with great values. I had a few issues with my first order. I emailed them and got a quick response! I was shipped out a new bottle right away and had the same issues...the capsules were leaking. I was told they were going through the process with a new manufacturer and if I could wait a few weeks they would ship me a new bottle once the issues have been fixed. Well that’s what they did and that bottle was perfect!! I will continue to buy these and will always recommend the vitamins and the company to everyone!

I was sceptical about this at first however after doing some nutritional research and trying the products for the past few months I am convinced this is one of the best protein powders out there. I like that there is no sugar added and the ingredients are clear. I also like that its a protein powder not made with pea protein which is common now but is not sustainable. Everything from the bag and product being sustainable to the quick shipping have me on a auto ship for this product. I highly recommend it!

Complement Protein
Carole H.
04/27/2020
This is my Favorite Protein drink!

When I first heard of this product I hesitated as Ihave tried so many. I was highly recommended so I took a chance and I really love it. I feel absolutely fine with it and most all over powders I didn't feel well after I drank it. So, I am a life subscriber to it and it's clean beautiful ingredients. Thank you so much!
Carole

I recommend Complement to all of my health Coaching clients. I have seen real improvement in my own brain and gut health, as well as my clients after using Complement regularly. Thank you!

Complement Core
Daphne B.
04/21/2020
A Great "Complement" to my Plant-Based Lifestyle

I have been using Complement since learning about it on the Healthy Human Revolution podcast. I now use this as the sole supplement to my plant-based nutrition plan. Tastes great. Easy to use. I highly recommend.

I give this to my 2 little boys and we all love it! The spray bottle is so easy and convenient and it tastes great! I really like how transparent this company is with the ingredients and where they are sourced. I feel good giving this to my family.